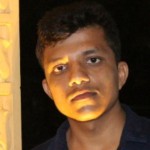 Blockchain is an digital distributed ledger transaction DLT which is shared , immutable , decentralized & store any types of data in block which formed chains of block and its technology called blockchain technology.

We can track any kind of data which may be tangible or intangible. Data are collected on each blocks and in every transaction its formed another blocks which are finally in chain formats. Blockchain is the fasted and accurate on each transactions.

Art, GIFs, Avatar are some example of NFTs. NFTs are created on digitally and sell via an digital wallet which accepts cryptocurrencies .

Trust is an biggest benefits of blockchain including security , efficiency. Blockchains is used in banking , cryptocurrencies , Voting ,Smart Contracts, Asset Transfers and so on.

We can accurately transactions 24/7 without intermediators via blockchain technology .

Namaste from top of the World, its me Sumit Dhakal. An Tech Enthusiast and Medical Student.